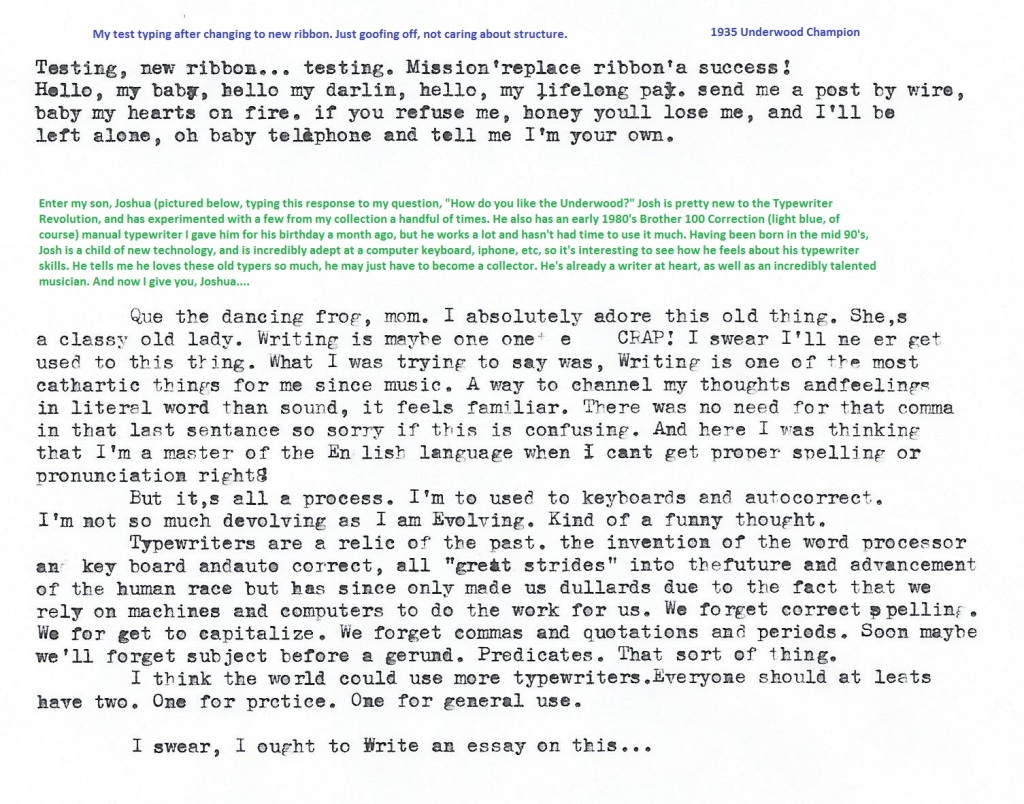 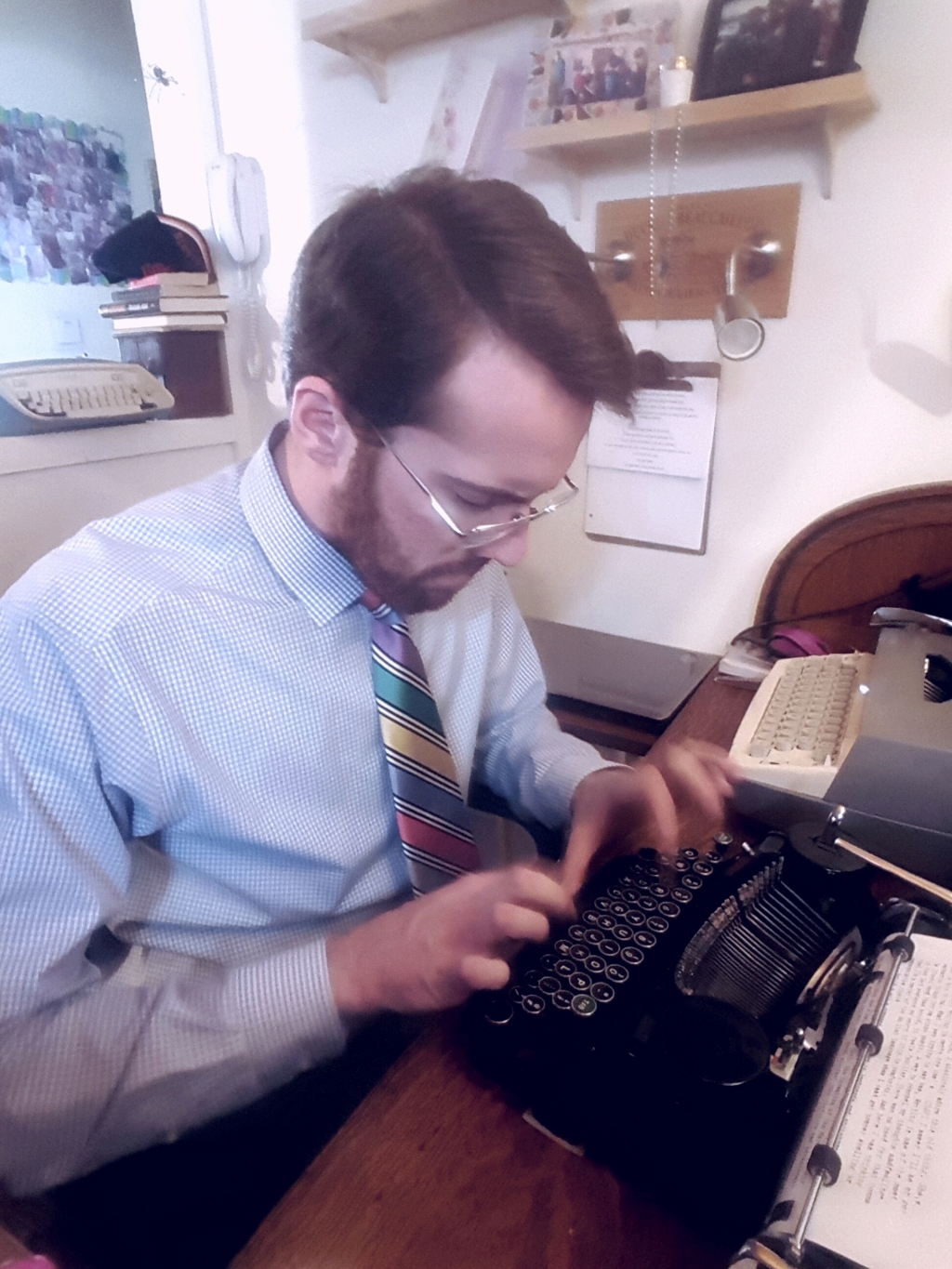 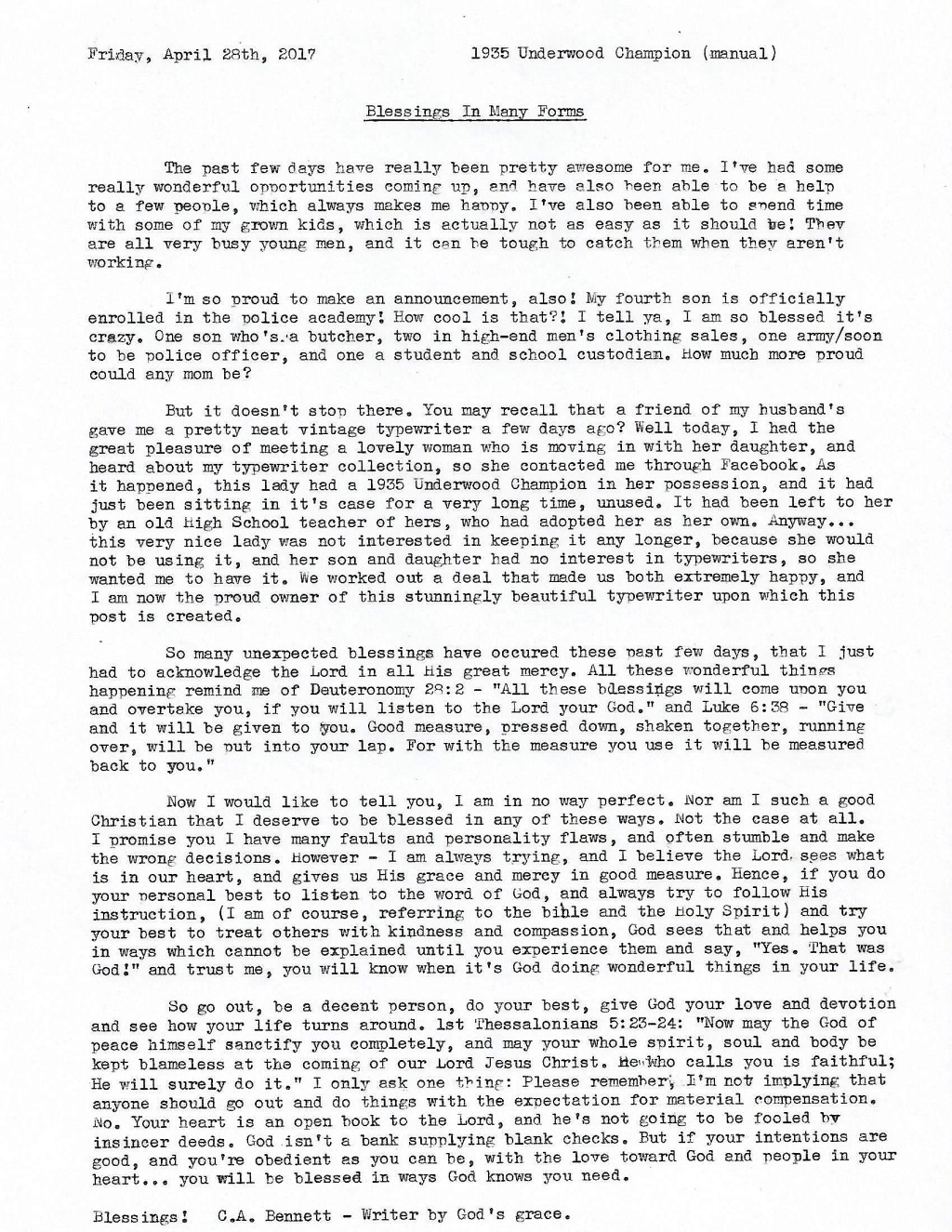 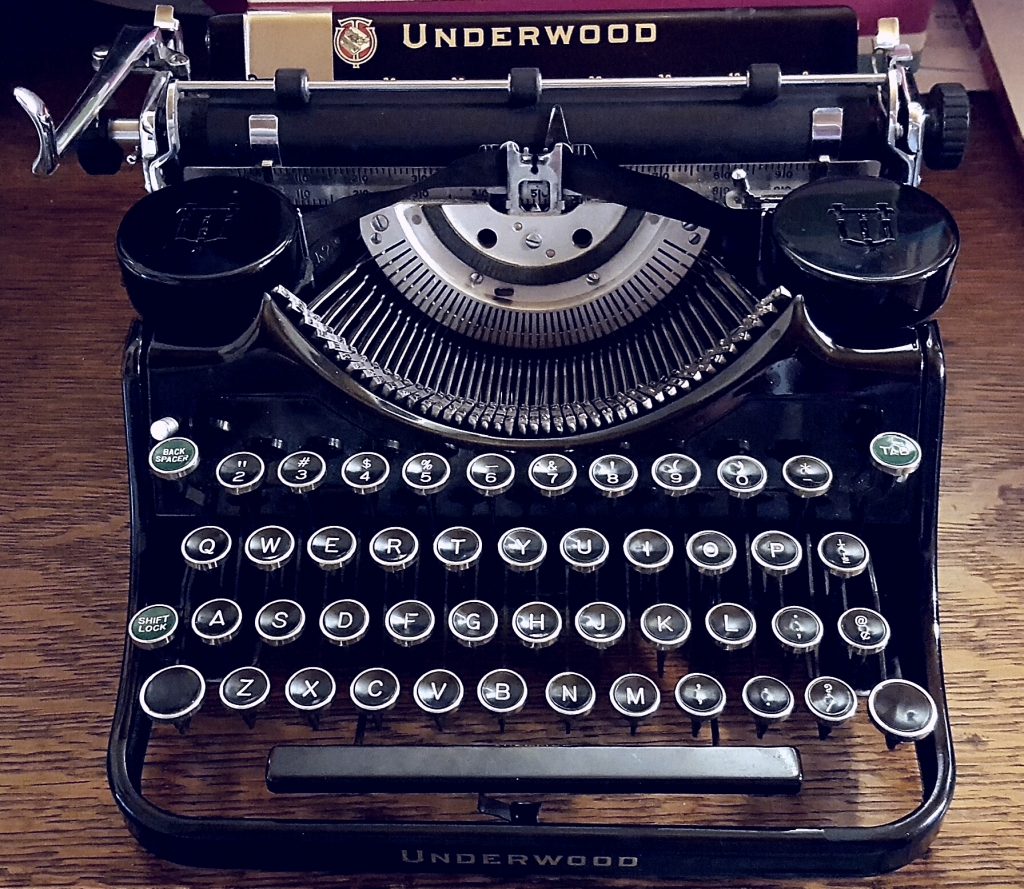 A friend of my husband’s came over this afternoon, and gifted me with this 1963 Royal Safari. It smelled awful and was so filthy and gunked up, several of the keys absolutely would not budge! About 90 minutes later…. it still smells kinda funky, but better, and it’s very functional. Just needs a little air, new ribbon and replacement plastic paper guide on the right hand side. Apparently it broke off some years ago, from the looks of it. What a nice surprise! I love new toys! 🙂 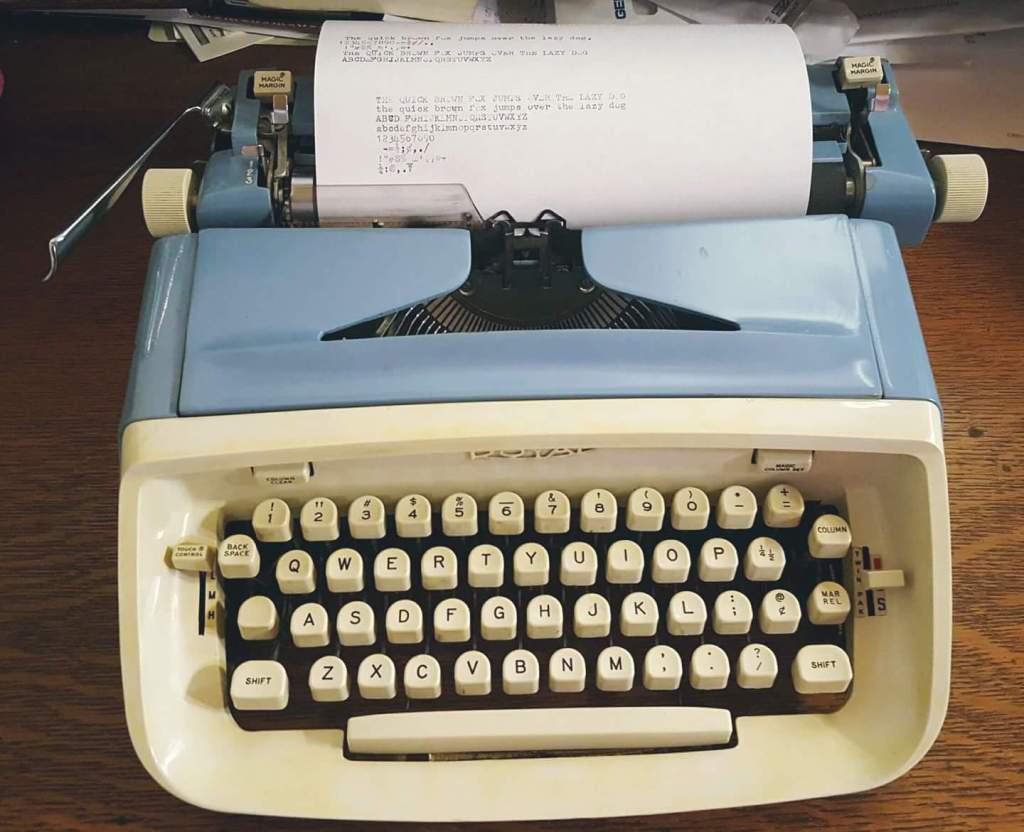 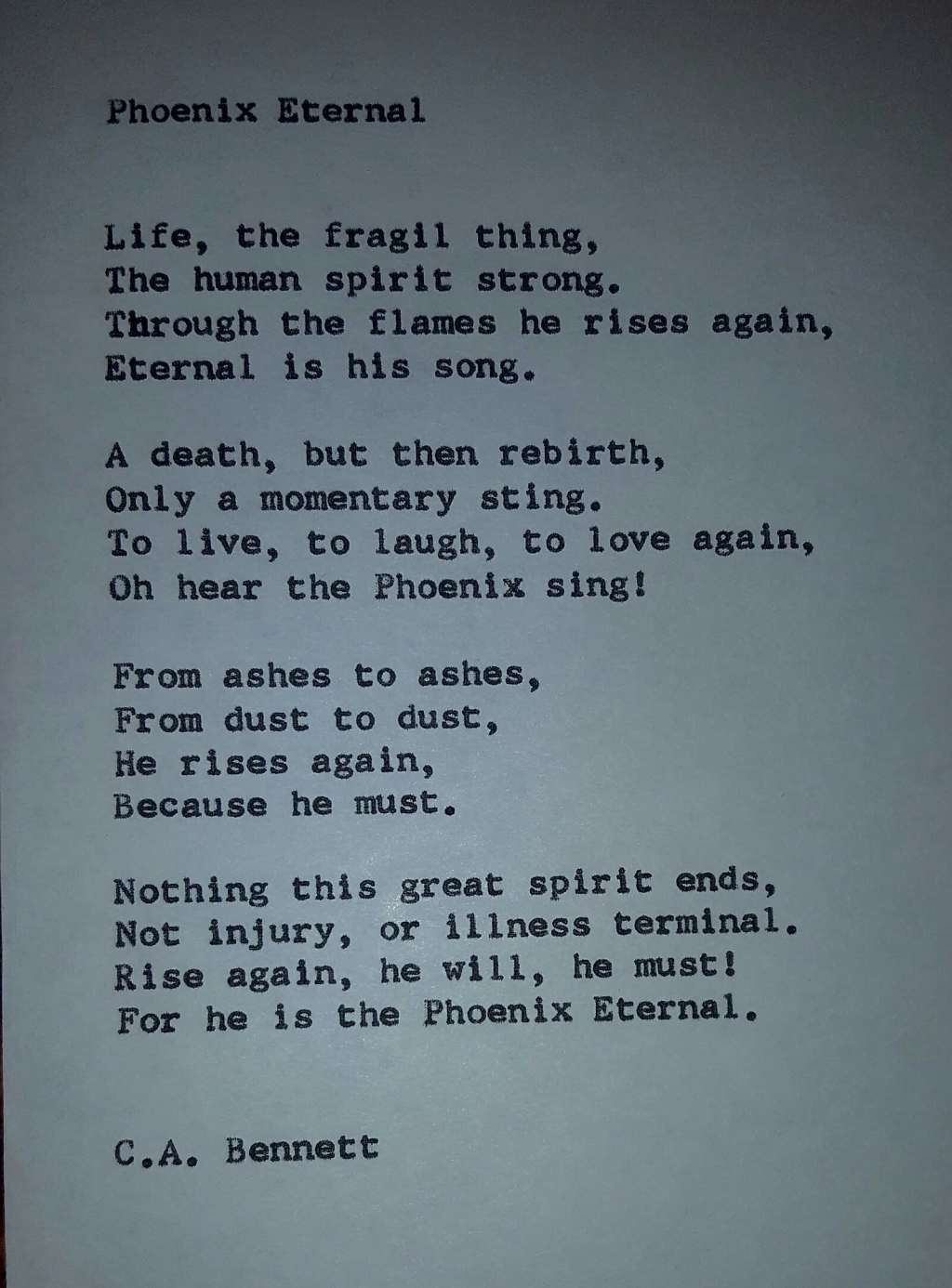 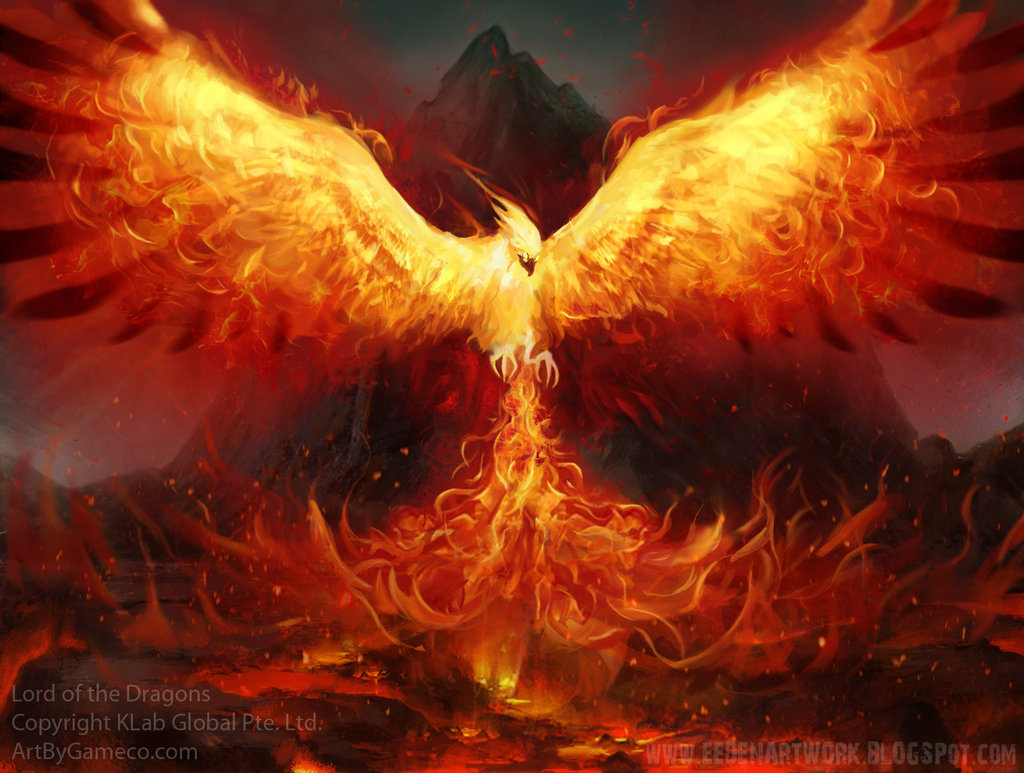 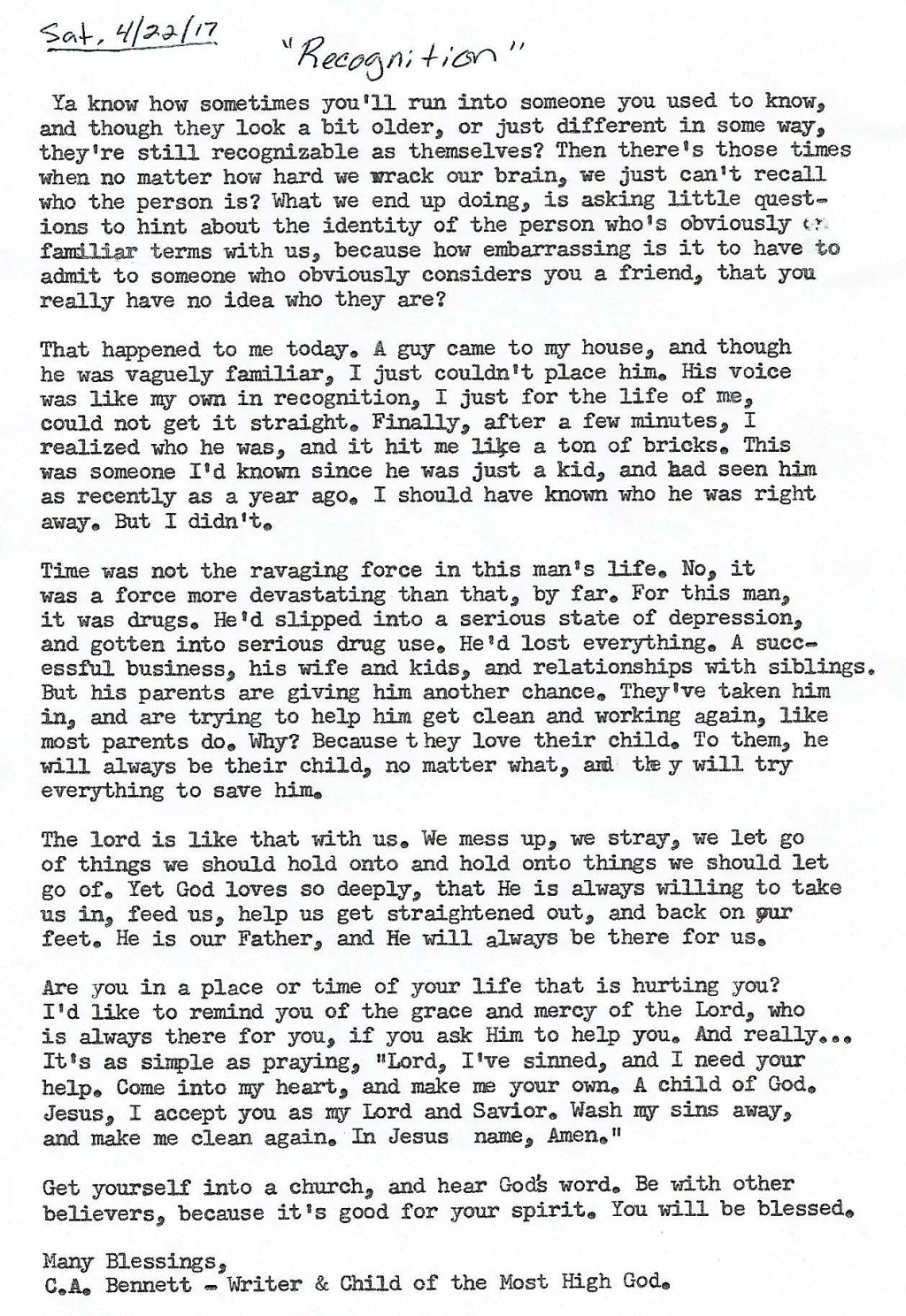 Post Script: Sometimes we need to step back, get out of our own way, and realize that we have a problem. That doesn’t mean we have a drug problem, it could be anything. The point is, it’s something that’s keeping us from our true destiny, and God’s blessings, and we don’t always realize how much better things could be, if we just trust Him to help us. Put your trust and faith in the Lord today. He loves you so much, he gave his only son so that you should have eternal life and have it abundantly. No matter how bad things have been for you, or what’s got you down, God will always recognize you, and never question your identity.

King David was praying to the Lord who chose him above all others to lead the kingdom and people of Israel, and said, “For you formed my inward parts; you knitted me together in my mother’s womb. I praise you, for I am fearfully and wonderfully made. Wonderful are your works; my soul knows it very well. My frame was not hidden from you, when I was being made in secret, intricately woven in the depths of the earth. Your eyes saw my unformed substance; in your book were written, every one of them, the days that were formed for me, when as yet there was none of them.”

Trust me… even if I don’t recognize you… God does. All you have to do is recognize Him 🙂 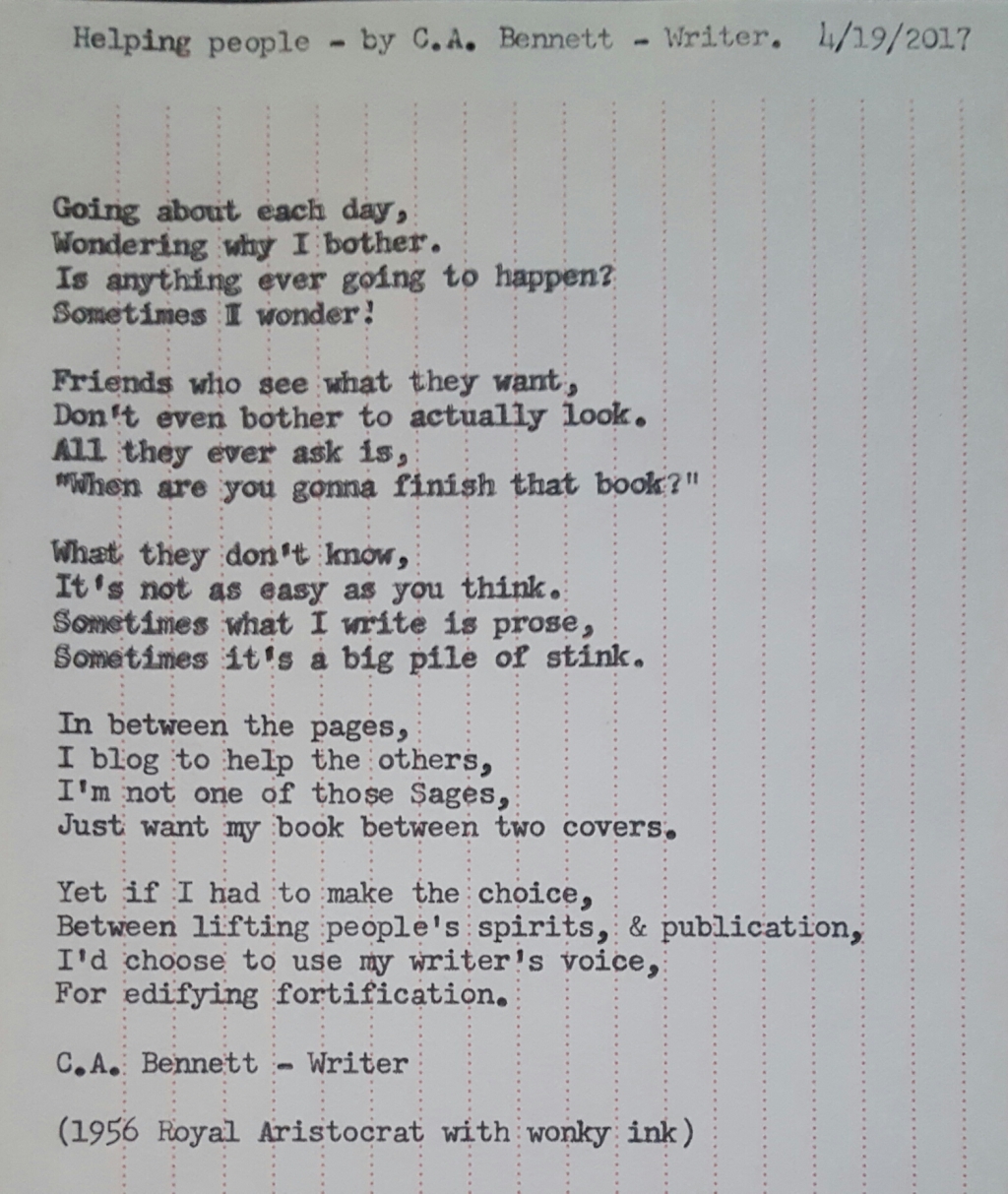 Someone recently joked with me about my writer status. I don’t recall the exact wording, but the conversation was something like,

Him: “You say you’re a writer, but what have you published?”

Me: “A few newspaper articles, and I have a regular blog, plus I’ll be submitting my manuscript after I do the rewrite, then most likely work on finishing the other three manuscripts I have  in progress. How about you?”  (as politely as possible)

I didn’t take it personally, but it made me think about the definition of what a writer really is. I think most people think of a writer as someone who has published at least a few books and probably made a decent living doing it. However, that may not always be the case. 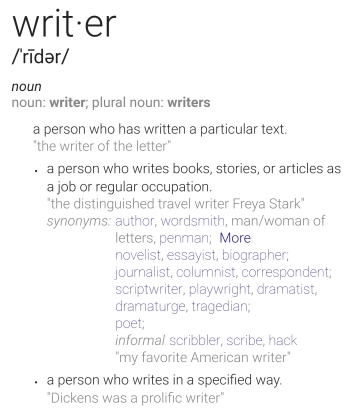 When I think of a writer, I think of a person who writes something… anything…. because he or she loves to write, and is passionate about their chosen topics, genres, or styles – Period. Whether or not that person is a published author, is something different, and not necessarily the goal for everyone who writes. A writer may or may not ever want the world to see his or her work, and that’s okay. It doesn’t make them less of a writer.

What does bother me, is that there are people out there who believe if another person doesn’t fit their idea of what something is, then there’s no way they could possibly ever be that. They’re wrong. A person is who or what they believe they are and feel passionate about, regardless of what another person tries to validate them as.

I have one son, who is a gifted artist. The man has a great deal of natural talent in drawing, and really should do what he can to pursue a career in the art field. He also happens to be a meat cutter for a major grocery chain. That doesn’t make him not an artist.

Yet another two of my sons are quite the talented guitarists and singers. They also happen to work for an influential men’s clothier, and wear custom made suits to work each day. That doesn’t mean they aren’t singers and guitarists.

I could go on, but for now, I’ll let it rest there.

So what’s the point?

What you do for your employment, doesn’t define you. Your natural, God-given talents are a real and viable part of who you are as a person. Your job, is just what you’ve been trained to do for money, so you can sustain your lifestyle and survive.

King David started out as the youngest son of a farmer a sheep breeder. No one would have believed the son of a sheep breeder would ever be the King of Israel and direct ancestor of Jesus of Nazareth, who was a carpenter, and became the Messiah. But they were and they did.

Got that? Your job is what you do. Not who you are.

So who are you? What do you want to be? What can you do to make that happen? Do you want to do it professionally, or is it just for fun? There is no right or wrong answer. Only you, (and God) should be allowed to define who and what you are, and never take someone else’s word or opinion for it, because they aren’t you.

So who are you? 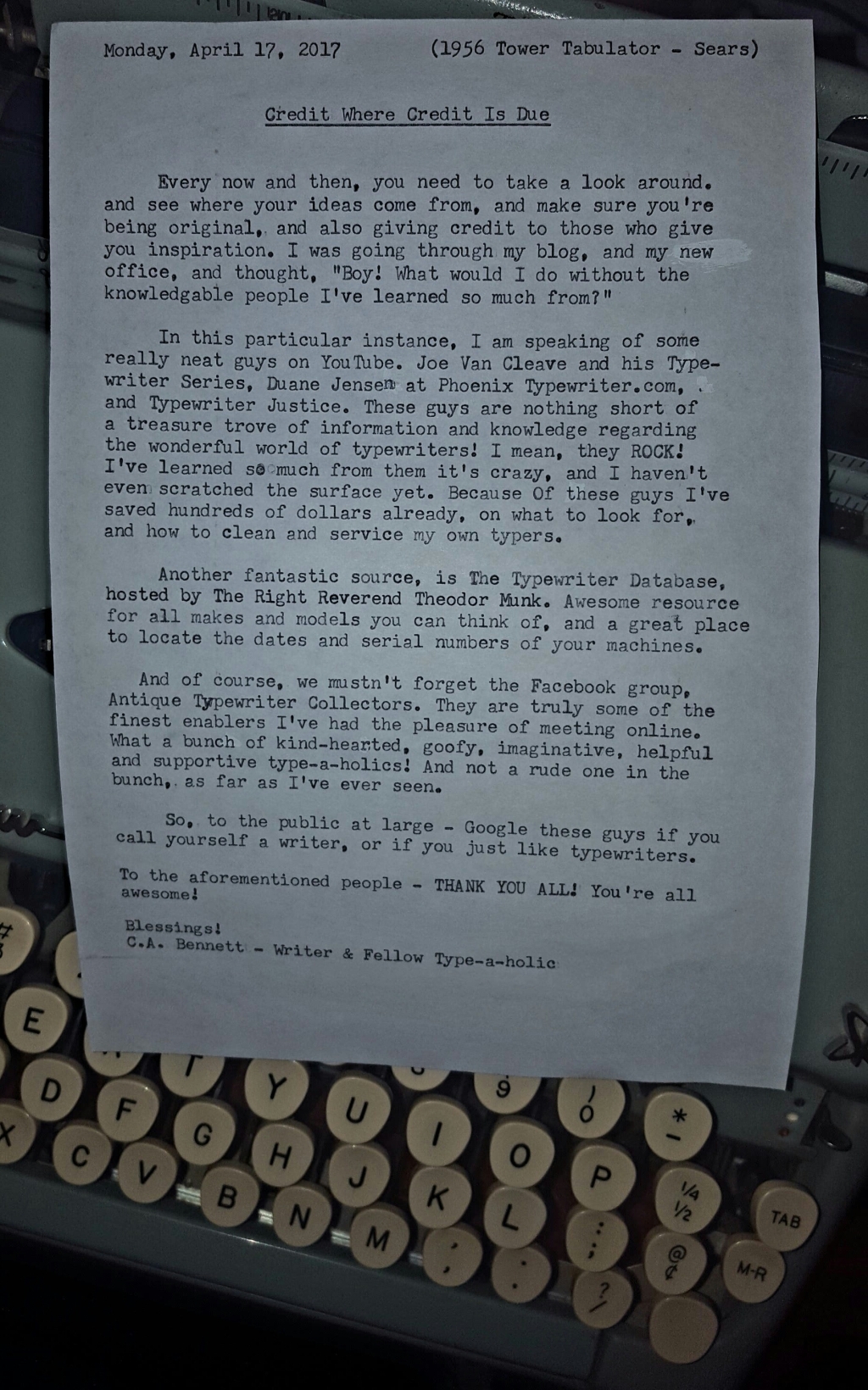 Post Script: Duane – sorry about the goof on your last name… it’s been a long day, and the realignment of the paper once it’s out of the typer is not a particular skill of mine under the best of circumstances 😉